New York, 8 September – Today, at an event hosted by the UN Climate Change Secretariat, a global Citizens Climate Pledge was launched, urging citizens around the globe to cut their personal climate footprint by half within 10 years. The launch coincides with the first anniversary of Climate Neutral Now, an initiative that represents a global community of organisations and individuals committing to becoming climate neutral by the second half of the 21st century.

Prior to today’s global announcement, the pledge was launched by Myrskyvaroitus ry (Storm Warning Association) in Finland last year. It has been signed by thousands of Finnish citizens, including prominent artists, business leaders and politicians.

President of the Republic of Finland, Sauli Niinisto, was one of the first to sign the pledge and has since converted his private home to geothermal energy, cutting the household’s electricity consumption by half, and converted lighting to low-energy LED lamps. In addition to president Niinisto, two former presidents, president Tarja Halonen and president Martti Ahtisaari have signed the pledge.

By visiting the Citizen’s Climate Pledge website, https://climatepledge.global/, citizens can calculate their personal CO2 footprint and then pledge to reduce it by half within 10 years by making low carbon choices around energy use, travel, eating and consumption habits, electronic devices and household appliances, and by offsetting emissions they cannot reduce.

Climate Neutral Now calls on organisations and individuals to measure, reduce and report greenhouse gas emissions and compensate those which cannot be avoided with UN-certified emission reductions. The initiative was launched in September, 2015 by a founding group of organisations that included Microsoft, Sony, the adidas Group and Marks & Spencer.

“Citizens’ role in the mitigation of climate change is bigger than most of us expect. We have studied that with just a handful of energy and transportation related choices and solutions, citizens can have significant potential to reduce CO2 emissions in Finland.”

“The climate talks in Paris this past December highlighted the urgent role that individuals are playing in addressing climate change. When we take hands-on action to reduce our personal climate footprint, we join a global movement of action on climate change.”

Climate Neutral Now is led by the UNFCCC and encourages organisations and individuals to measure, reduce and offset their climate footprints.

Myrskyvaroitus – Storm Warning association is a Finnish non-profit and politically independent association founded in 2013 to reduce the speed of global climate change with emphasis on the citizens’ role and choices.  The association’s Citizens Climate Pledge initiative has been supported by SITRA – Finnish Innovation Fund.

With 197 Parties, the United Nations Framework Convention on Climate Change (UNFCCC) has near universal membership and is the parent treaty of the 2015 Paris Climate Change Agreement. The main aim of the Paris Agreement is to keep a global average temperature rise this century well below 2 degrees Celsius and to drive efforts to limit the temperature increase even further to 1.5 degrees Celsius above pre-industrial levels. The UNFCCC is also the parent treaty of the 1997 Kyoto Protocol. The ultimate objective of all agreements under the UNFCCC is to stabilize greenhouse gas concentrations in the atmosphere at a level that will prevent dangerous human interference with the climate system, in a time frame which allows ecosystems to adapt naturally and enables sustainable development. 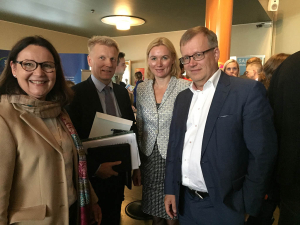 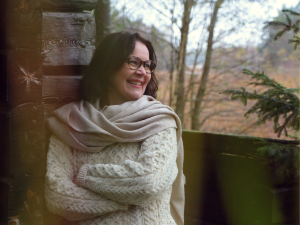